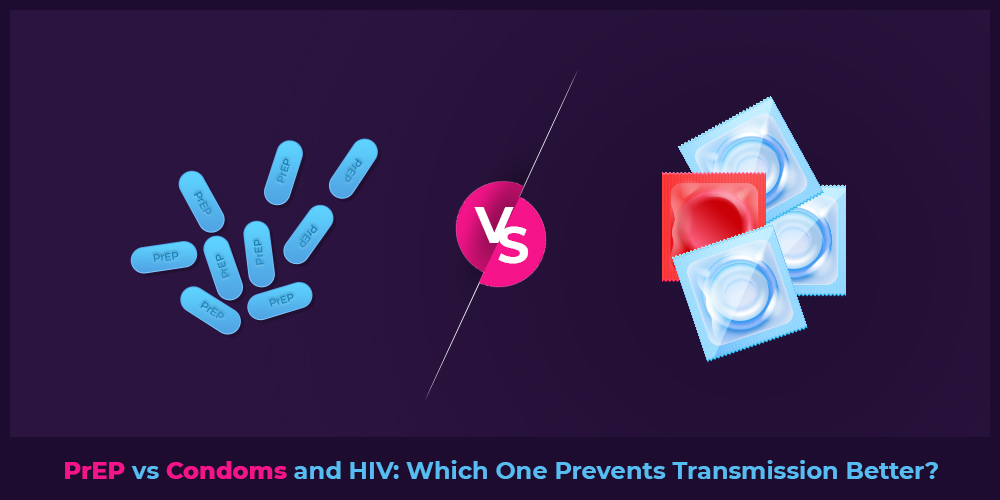 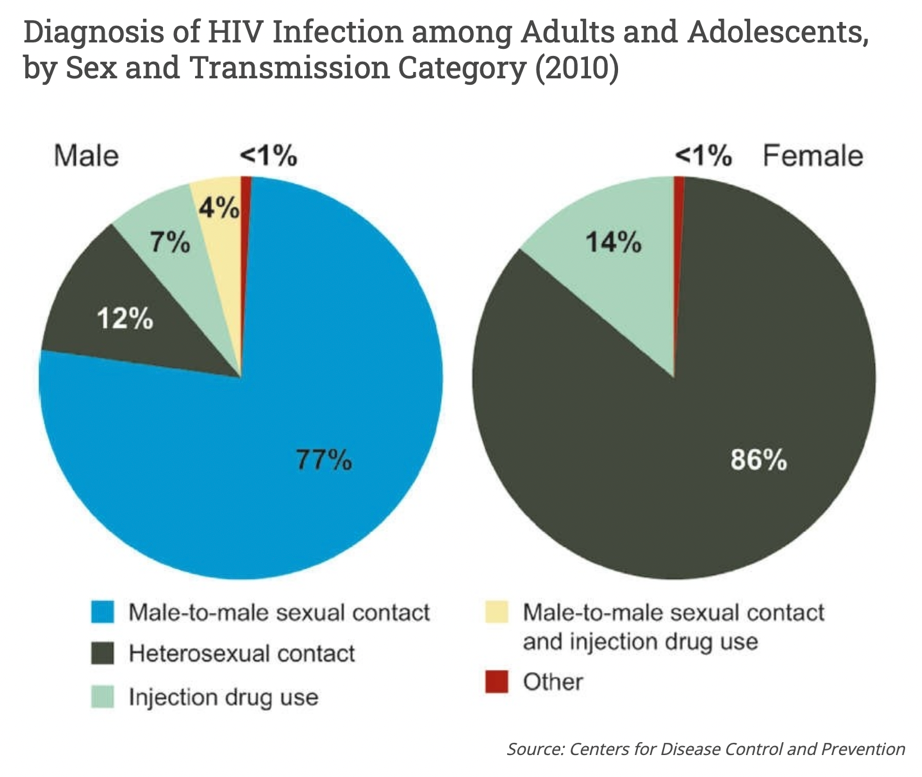 The risk of transmission is even greater if you have multiple partners or if you engage in sex work. In fact, sex workers have a 30 times higher risk of HIV transmission than the general female population. Risk factors are even higher for transgender sex workers.

So, what is the best way to protect yourself: using condoms or going on PrEP? Let’s dive in.

When used as directed, condoms are up to 90% effective at preventing HIV transmission for males and 94% effective for females. Another added bonus is that condoms help to prevent other types of STIs and STDs, including:

Plus, condoms are super versatile and accessible. You can find them in just about any grocery or convenience store in a variety of sizes and designs – some are even made to increase pleasure. Condoms are great for use in more “spur of the moment” situations – as long as you have them on hand.

However, there are limitations here. First of all, you need to have a supply with you and the condoms must be intact. They can get damaged if you store them in your pocket or purse, making them far less effective. Further, since most condoms are made from latex or other synthetic materials, they’re pretty bad for the environment.

Ultimately, using a condom is never a bad idea, especially if you are with a new partner or you haven’t been recently tested for HIV or other STDs. Just be aware that they aren’t the perfect solution and you need to use them correctly to prevent them from tearing.

PrEP is a medication that when taken as directed can be up to 99% effective at preventing HIV transmission through sexual contact. PrEP works by inhibiting the virus from reproducing in the body and overtaking healthy immune cells. Since the virus is unable to duplicate and grow, it eventually dies out – successfully preventing transmission.

There are two main oral medications available for PrEP: Descovy and Truvada. Truvada was the first form of PrEP to be approved by the FDA and it is available for all genders and is also effective for preventing transmission through injection drug use. Descovy is currently only approved for cisgender males and transgender females who are at risk of transmission through sexual intercourse.

Recently, an injectable version of PrEP called Apretude was approved. This option is available for all genders and is administered every two months. This can be more convenient for some folks compared to traditional oral medication versions of PrEP, which are taken daily or on-demand as a 2-1-1 dosage.

Since PrEP is a prescription medication, it is up to a medical professional to determine if it is an option based on a person’s medical history and health. The most common side effects of these medications include:

However, long-term use of PrEP can lead to organ damage, primarily to the kidney and liver, as well as potential bone density loss. This is quite rare, but a doctor may monitor the patient’s health more closely if they have pre-existing conditions or a family history of these issues.

Overall, PrEP is far more effective at preventing HIV transmission than condoms during sexual intercourse. However, it does not protect against any other forms of STDs – so you may still want to use a condom even if you are on PrEP.

3. Which is the Better Choice for Me?

So, what’s the better choice: Going on PrEP or using condoms? Well, it depends on many circumstances and factors. Here are some useful tips to help you determine the best approach for you:

Anyone sexually active is at risk of HIV transmission, regardless of sexual orientation. However, participating in certain behaviors could put you at an even higher risk. For instance, HIV is transmitted more frequently during male-to-male sexual intercourse. Other factors include using injection needles or having sex with multiple partners.

Think About Your Lifestyle

Condoms can be more convenient for more spontaneous sexual encounters (as long as you keep them on hand). PrEP also requires consistency – if you are forgetful about taking medication it may not be best for you. It also requires frequent prescription refills and additional doctor’s appointments for follow-ups and testing.

If it’s going to be difficult for you to keep up with a stricter routine, a daily medication might not be the best fit for you. However, you could consider the injectable version as an alternative!

Talk to a Doctor

Ultimately, it is up to your doctor and you to discuss the best options. Make sure to talk to a doctor openly and honestly about your risk factors, including your sexual history and use of injection needles.

Everyone needs to do all they can to protect themselves and others from HIV prevention. Apart from using condoms and HIV prevention methods like talking to a doctor about PrEP, you can also lower your risk of transmission by getting tested regularly and encouraging your sexual partners to do the same.

If you’d like to learn more about any HIV prevention methods, including PrEP, please reach out to us at PrEP Daily. One of our navigators will help you get in touch with a local organization that offers testing, educational resources, and access to PrEP if it’s the right option for you.