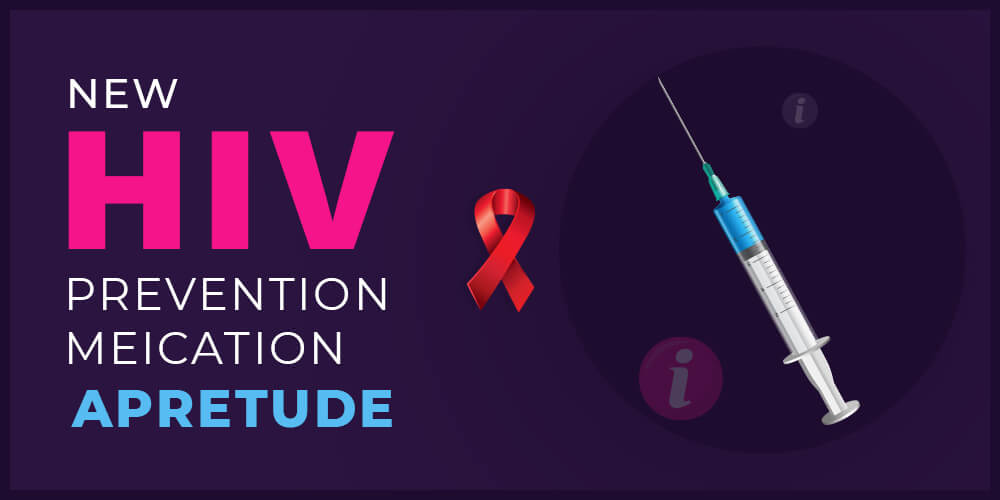 When HIV and AIDS were first diagnosed, there was little that doctors could do to treat patients with this virus. However, science has thankfully come a long way and there are now several HIV medications available for treatment – including meds that can stop HIV transmission. HIV prevention medication was first approved in 2012 by the FDA in the form of a daily medication called Truvada, and another medication Descovy was approved in 2019.

These groundbreaking HIV medications have helped to slow down the growth of HIV significantly. This medication regimen is known as PrEP, or pre-exposure prophylaxis. Essentially, it is a medication that must be taken before exposure to the virus. When taken as directed, it is up to 99% effective at preventing transmission through sexual intercourse.

Since PrEP came readily available, more people than ever before have been able to protect themselves and their partners from HIV transmission. However, there have been some roadblocks standing in the way of PrEP adoption for many people. Of the 1.2 million people who could benefit from taking PrEP, only 25% actually have an active prescription.

There are numerous reasons why people are not using PrEP as often as needed – one being the inconvenience of taking a daily medication. But there is a new HIV medication option available, known as Apretude. Here’s what you need to know:

In December of 2021, the FDA approved the first injectable HIV treatment known as Apretude. It is currently approved for adults and adolescents (weighing at least 77 lbs or 35 kg) who are at-risk for HIV exposure.

This PrEP option is first administered through two doses one month apart. After this, the injections are given every 8 weeks. During the first month, patients may take an oral cabotegravir (short-term PrEP medication).

This type of HIV prevention medication could be more beneficial to people than the previous option of daily medication regimens. If doses are missed, it can reduce the effectiveness of the drug. Having an injection eliminates this issue, as long as each dose is followed up according to schedule.

Further, going to the doctor every 8 weeks may be more convenient than picking up prescriptions and taking daily pills. For some people, traditional PrEP medication is simply not a feasible option due to their lifestyle or other responsibilities. Having one injection every 2 months could be easier to manage.

2. Is Apretude as Effective as PrEP Medication?

Women are often less likely to be prescribed PrEP medication as Truvada is the only one approved for cisgender women. Thankfully, Apretude has been shown to be safe for cisgender women and men, as well as transgender men and women.

While Apretude is approved by the FDA to be safe for sure by patients who qualify, there are some side effects to be aware of. The most common effects from the HIV injection treatment included:

These negative reactions were only recorded in 1% of clinical trial participants, and most reported very mild effects.

3. Who Can Benefit from This HIV Prevention Method?

Apretude is a viable option for anyone who could benefit from HIV prevention medication. It is recommended primarily for people who are sexually active with partners whose HIV status is unknown. The risk of HIV transmission is significantly higher for men who have sex with men, as well as women and transgender women having sex with men. People sharing intravenous needles for drug use or other purposes are also at risk.

You should always consult your doctor first to see if PrEP is the right option for you. You will need to be tested for HIV first, as PrEP is only given to prevent transmission before exposure. There are some side effects of PrEP that could interfere with pre-existing conditions, such as kidney and liver issues.

If you have been prescribed PrEP in the past, but have had issues taking it consistently, you should consult your doctor about Apretude. This injectable HIV treatment could be a viable solution to ensure you have consistent protection from transmission.

This new HIV medication may also be beneficial for groups of people with limited access to medication and healthcare. It is showing great promise as a PrEP alternative for people in foreign countries who cannot get regular medication. This medication is also expected to be more affordable and more readily available, helping lower-income people at-risk to protect themselves.

This new HIV medication option could be a gamechanger for helping people protect themselves from transmission. But, taking PrEP should always be a decision made between you and your doctor.

To learn more about Apretude, Descovy, Truvada, and other HIV prevention methods, get in touch with our team at PrEP Daily. We’ve got lots of resources for everything related to HIV prevention, treatment, and PrEP medications. Our navigators can also get you in touch with local healthcare providers to see if PrEP is the right option.

Contact us online today to get connected with one of our navigators to guide you to the next right step for you.