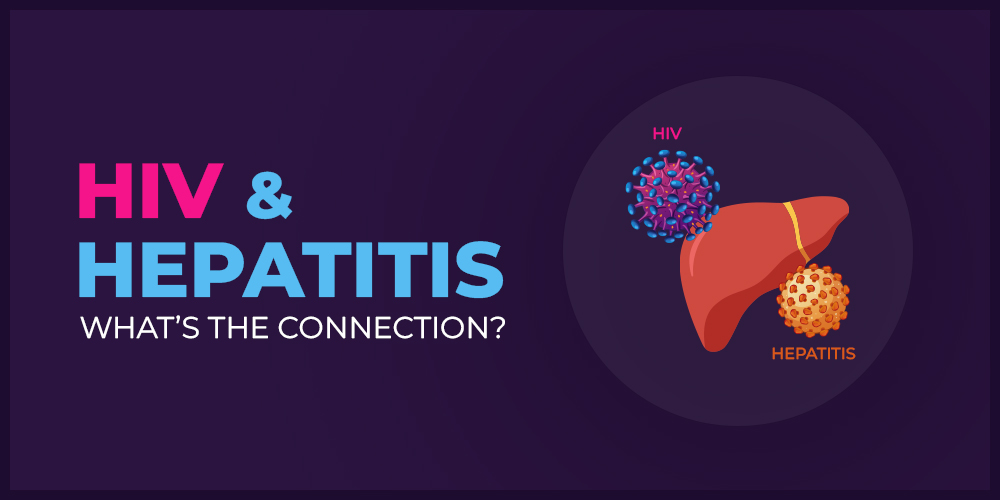 HIV and hepatitis are both conditions caused by a virus that can lead to severe health issues if left untreated. A virus spreads in the body by altering the genetic code of healthy cells to reproduce, meaning that it can quickly overpower the body’s immune system.

It is interesting to note that 10% of people with HIV have hepatitis B and 25% have been diagnosed with hepatitis C. This likelihood increases dramatically if a person with HIV also injects drugs, as the likelihood of contracting hepatitis C increases to 75%.

HIV and hepatitis symptoms can also overlap, as common health issues include:

So, why is there a connection? There is a lot of confusion regarding hepatitis and HIV but it is important to understand the similarities and differences. So, let’s address some of the FAQs many people have about hepatitis, HIV, and the correlation between these health conditions.

1. What are HIV and Hepatitis?

While both HIV and hepatitis are viruses, they affect the body in different ways. HIV stands for human immunodeficiency virus, meaning that it primarily targets the immune system. The body naturally tries to fight off the virus, but the healthy cells can be easily overtaken by HIV. This eventually suppresses the immune system, leaving the body extremely vulnerable to more serious illnesses, such as heart disease, pneumonia, and cancer.

Hepatitis is a virus that attacks the liver, limiting its ability to filter the blood and fight off infections. There are three types of hepatitis infections and they are differentiated by the letters A, B, and C.

Hepatitis A (or hep-A) is primarily spread through contact with stool and is often contracted due to poor hygiene. For instance, if someone does not wash their hands after using the restroom and then handles food, they could spread hep-A to another. The body can eventually fight off Hep-A and most people experience symptoms for 2 to 6 weeks.

Hepatitis B (called Hep-B) is spread through blood and can damage both the liver and immune system if it is not treated. Hep-B can be tricky to spot, as not everyone experiences symptoms after contracting the virus. When caught early enough, people can recover completely from Hep-B with the proper treatment. However, it can become a chronic condition if not treated.

The final type is Hep-C, which is by far the most common form. Over 50,000 people are diagnosed with this disease every year and it is usually accompanied by more severe symptoms than over types. This condition often becomes chronic, and can eventually contribute to cirrhosis or liver cancer.

2. Why Does Your Risk of Hepatitis Increase if You Are HIV Positive?

As previously mentioned, people who are HIV positive are highly likely to also be diagnosed with hepatitis, primarily hype C. This is known as a co-infection. While HIV does not cause hepatitis (nor does hepatitis cause HIV), there is a link through the damage to the liver. HIV suppresses the immune system, making it easier to Hep-C to enter the body and damage the liver.

Another reason why co-infections of HIV and hepatitis are more common is that they are spread through the blood and other bodily fluids. If a person is engaging in high-risk behaviors, such as unprotected sex with a partner who has HIV or hepatitis or sharing needles, the risk of transmission increases.

According to the CDC’s latest reports, HIV is most commonly transmitted through male-to-male sexual contact, followed by heterosexual contact and injection drug use. 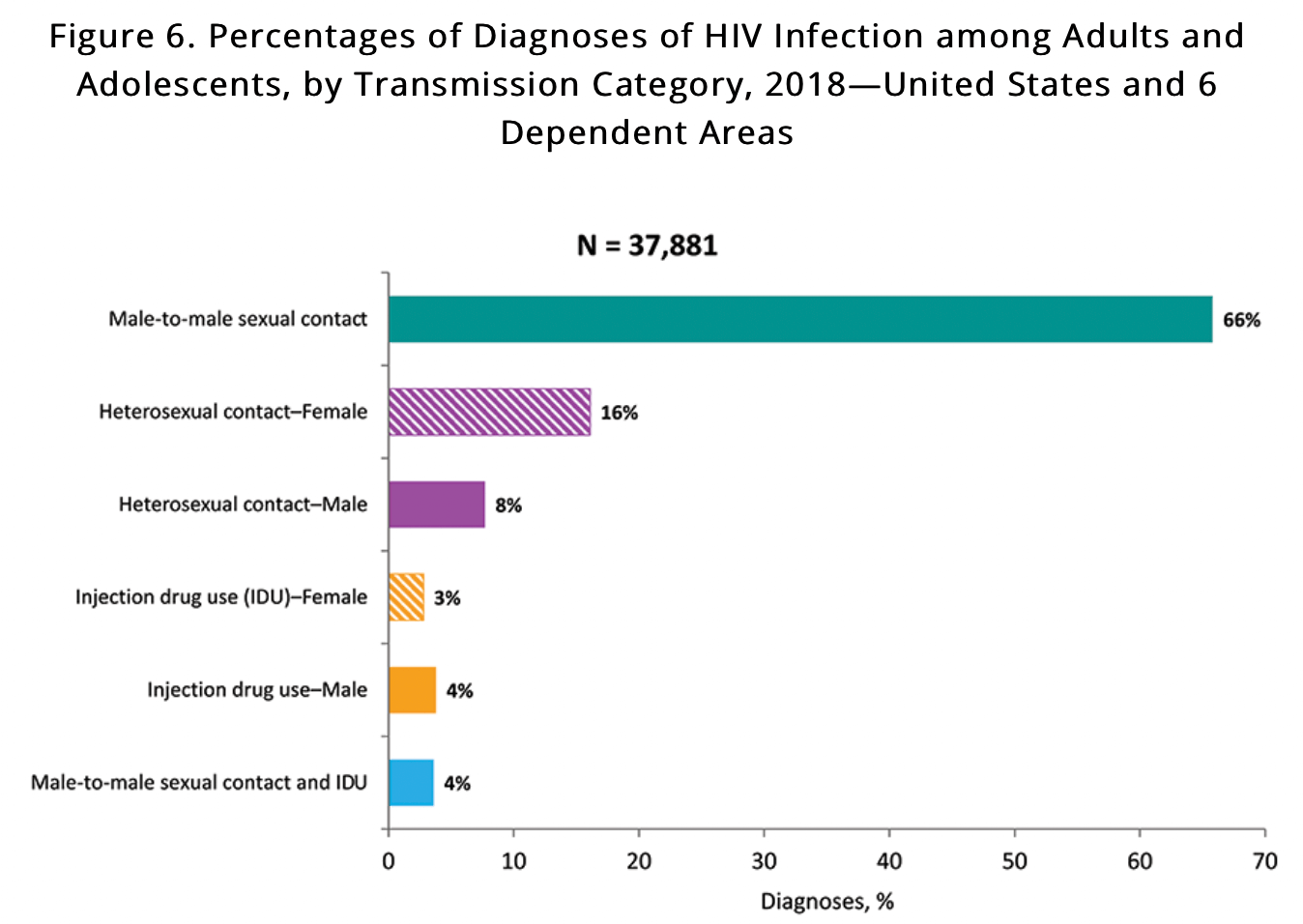 Hep-C is also spread in similar ways, but more commonly through injection drug use, followed by sexual contact. 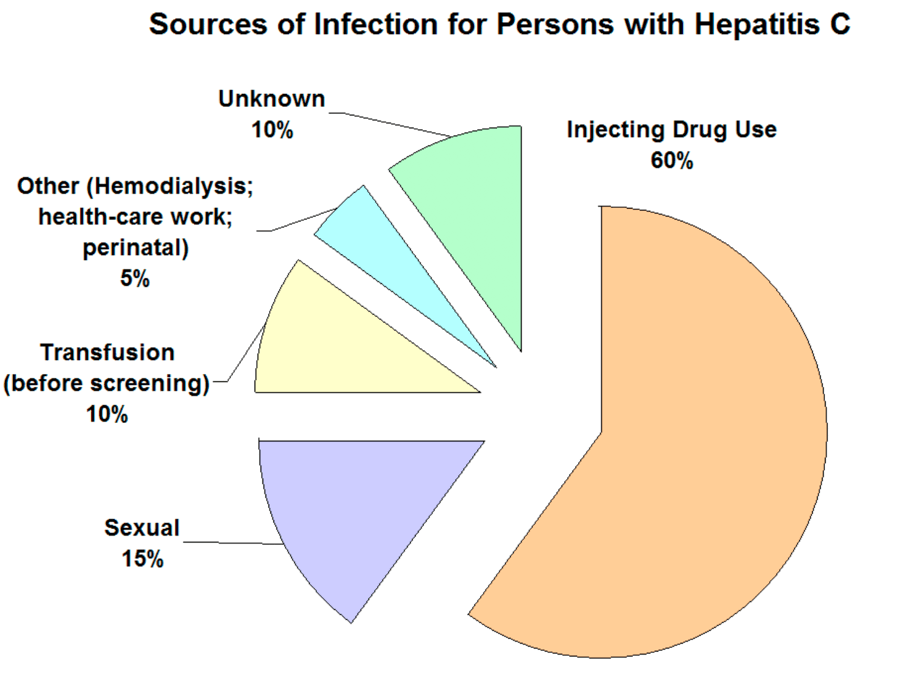 3. Can Hepatitis Turn Into HIV?

The answer here is no. Absolutely no forms of hepatitis directly cause HIV, but it can make HIV advance faster in the body and lead to more severe health issues.

The liver helps to filter the blood and remove toxins. If the liver is inflamed and infected from hepatitis, it cannot support the immune system as it works to fight off HIV. Someone who is HIV positive and has Hep-B or C will need additional antiviral medication to slow down the progression of the co-infection.

Another common question people have is if HIV is transmitted more easily than hepatitis. The different forms of hepatitis are spread in various ways. For instance, Hep-A is spread through stool, while Hep-B and Hep-C are spread through the blood.

It is hard to say if HIV is more easily transmittable than Hepatitis – but everyone should be aware of their risk and take action to protect themselves and others.

4. What are the Best Prevention Methods for HIV and Hepatitis?

Both hepatitis and HIV can be treated and regulated with medication. If a person is diagnosed with HIV, they can take antiretroviral drugs to stop the virus from reproducing. If the number of viral cells in the body (known as the “viral load”) is decreased to an undetectable level, the person cannot spread the virus to another.

But both HIV and hepatitis can be prevented with the proper precautions. The first step is to minimize a person’s risk of transmission by using protection (i.e. condoms) for any sexual contact and avoiding sharing intravenous needles.

You cannot be vaccinated against HIV, but there are some highly effective preventative medications available. PrEP is a medication regimen that can lower a person’s risk of HIV transmission significantly. Previously, PrEP was available in a pill form, but an injectable form was recently approved by the FDA.

Thousands of people around the globe are significantly affected by HIV and hepatitis. But the good news is that both hepatitis and HIV are easily prevented.

Be sure to discuss your risk factors for both HIV and hepatitis with your doctor, including your vaccination history as well as taking PrEP. Learning more about these diseases and how to lower your risk can help you protect yourself from transmission.

If you’d like to learn more about HIV prevention and treatment, get connected with PrEP Daily! We can provide you with some great information and help you find local healthcare providers to discuss your options, including going on PrEP.