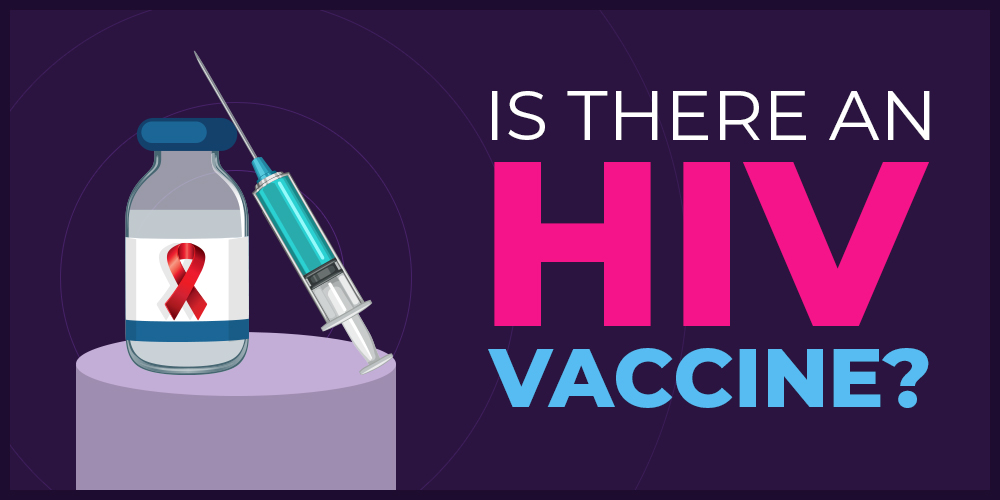 There are currently millions of people around the world living with HIV. Thankfully, the number of new cases has been dropping by about 7% per year since 2013. There have been numerous scientific breakthroughs and research conducted over this time – and many wonder if there is an HIV vaccine available to stop this disease. 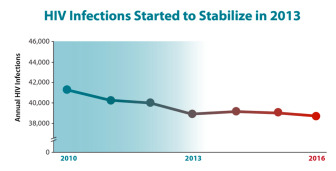 Vaccines are typically administered as a shot and contain a small, highly controlled amount of a virus that is usually weakened or dead. This stimulates the body’s immune system response,“teaching” the immune system about the correct antibodies needed to overpower the virus. This way, if the body comes into contact with the virus again, the immune system will know how to fight it off.

So, is there a cure for HIV through a vaccine?

First, it is important to understand how HIV is transmitted and how it can multiply and grow within the body.

The medical terminology for HIV is the human immunodeficiency virus. This virus is transmitted through contact with bodily fluids, such as blood, semen, or vaginal fluids. It is most commonly spread through unprotected sexual contact or shared intravenous needles.

The HIV virus structure attacks immune cells called T-helper cells and changes their DNA to make new HIV virus cells in the body. During the first stages of HIV transmission, a person may feel flu-like symptoms as their immune system is being compromised. Often, people will experience fevers, skin rashes, sore throat, fatigue, and muscle aches in the first few weeks after exposure.

Sadly, many people do not recognize that these symptoms are signs of HIV transmission – and do not receive medical testing or care for it. For this reason, one out of seven people living with HIV have no idea they have the virus.

If they do not receive HIV treatment to control their viral load (number of HIV viral cells in the body), the virus can progress into AIDS. AIDS is a health condition that happens when the HIV viral load permanently damages the body’s immune system. This leaves the person incredibly vulnerable to diseases.

To stop the progression of HIV into AIDS, the patient may receive HIV medications – which we will discuss later.

2. Current Progress on an HIV Vaccine

As of the time of this writing, there is no HIV vaccine that is approved for the prevention or the cure of this disease. In 2009, there was a large clinical trial conducted in Thailand known as the RV144. This was one of the first trials which showed positive results, with a 31% reduction in HIV transmission among participants.

Since then, scientists have been testing out new HIV treatments, such as using broadly neutralizing antibodies (bNAbs), antigens, vectors, and other vaccine components. Currently, some vaccine clinical trials are being conducted, such as the Ahambo and Imbokodo trials.

Several obstacles have stood in the way of creating an effective HIV vaccine. First, it can be difficult to find participants who qualify for these studies. Participants cannot be taking HIV prevention drugs like PrEP during the trial, as this could influence the results. Additionally, the COVID-19 pandemic has slowed down medical testing facilities.

On the bright side, there has generally been a lot of progress towards finding a cure for HIV with a vaccine.

As of now, the best way to prevent transmission is to take the HIV prevention drug known as PrEP.

This stands for pre-exposure prophylaxis – and it is a medication regimen that uses antiretroviral drugs to prevent HIV from reproducing within the body. This medication needs to be taken for at least seven days before exposure to be most effective. When taken as directed, it has up to a 99% effectiveness rate at preventing HIV transmission after contact.

If you are at risk of contracting HIV and want to ensure that you are protected, it is highly recommended that you discuss taking PrEP with your doctor. This is one of the best ways to safeguard yourself against HIV transmission, along with lifestyle changes such as using protection like condoms during sexual intercourse.

If you have knowingly come into contact with HIV, there are treatments available to control the viral load of the disease and prevent HIV transmission. This is called PEP or post-exposure prophylaxis. This HIV treatment must be used within 72 hours of exposure to lower the risk of transmission.

This medication uses antiretroviral drugs to stop HIV from reproducing and must be taken for at least 28 days. It is not a cure for HIV, but it can reduce the risk of transmission by up to 80%.

There are medical treatments available to control a person’s viral load and stop the progression of HIV to AIDS. This involves antiretroviral therapy, which requires continuous medication regimens and frequent testing. This medication helps to suppress the virus so it does not harm the host’s immune system.

When HIV medication is taken as directed, a person’s viral load can be so low that it is undetectable. This also means that it is un-transmittable or U=U. When a person’s viral load is undetectable, they cannot pass HIV to another person. However, it is still important to use protection during sexual intercourse with a person who is living with HIV to avoid accidental exposure.

While there is no vaccine for HIV available right now, there is plenty of development within the scientific community that may lead us to a cure one day. Until then, it is incredibly important to keep yourself and others protected from transmission by lowering your risk as much as possible.

Taking PrEP for HIV is the best option for many people – and our goal at PrEP Daily is to help them get in touch with medical doctors to start this regimen.

If you have any questions about taking or getting PrEP and are ready to talk to a doctor about it, please contact our team. We will get in touch with you to provide any resources you need to learn more about HIV treatment and prevention.